I just got back from a heart-whirling weeklong visit to Winthrop Grade School. Telling my mother’s stories of Germany to children from kindergarten to fifth grade was more valuable to me than any graduate course I could have found. As in the completion of such a course, I am left with a feeling of fulfillment mixed with anticipation. Wow! and What?
Wow! I was damn good at that. I now know that when I look toward an invisible jar of raisins on my left, the children’s eyes follow. When I pause and whisper, they lean into my words. When my arms reach wide they “feel” the magnitude of the image my words paint. When I crinkle my nose and screw up my mouth they taste the over-salted French fry I’m guiding them toward.

What? What am I going to do with all this? I left Winthrop physically and emotionally exhausted. I spent every ounce of me on that week of storytelling. At some point, I had to admit to myself that I’m too old to do this very often. Or at all . . . again? At another point, Nathan Hale appeared on my shoulder spouting his words before being hanged, “I regret that I have but one life to give to storytelling.” Then there was Patrick Henry on the other shoulder, “Give me storytelling or give me death.” And Bookaboo, the story-dog-puppet, “A story a day or I just can’t play!”

Seriously, what am I to do? The kids responded and I thrived. But is this anything I can use in writing? I mentioned to my long-suffering husband Jim that I think I’ll rewrite WAR STORIES FOR CHILDREN, moving from the immediacy of first-person written storytelling to third-person, which is the only authentic way to tell Mom’s stories orally. He, of course, thinks I’m nuts. He tried to tell me that when he wrote procedure manuals for starting up power plants he always wanted to go back and try to clarify his work but there was a point where he had to call it good.

I gracefully exploded. “You were writing material that people HAD to read, I’m writing stuff that people have to WANT to read. Your work was mechanical; mine is supposed to be a work of art!” He put on his hat and headed to the barn to shovel horse manure for relief from what he sees as my foolishness.

How does one go about finding a beta reader for a book like this? Memoir. History. Middle Grades. Do I try to hire somebody? The definition of a beta reader is one who is not paid.

So wheels down. Quit flying around in the clouds. Try planting this on the Blog. Maybe . . . 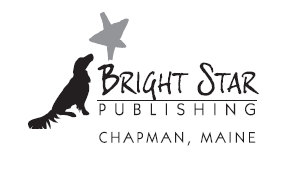